In 1837 a day school was in operation in the Church with Mr Thomas Peel as schoolmaster, a position he held up to 1848. By November 1837, tenders were called for the erection of a schoolmaster's house next to the Church.

By September 1873, the second Church had been taken down and a new school-room was built.This school was enlarged in 1875 and the Chapel Committee agreed to allow the Albany Farmers' Friend Lodge of the Independent Order of Good Templars to use it for their meetings. 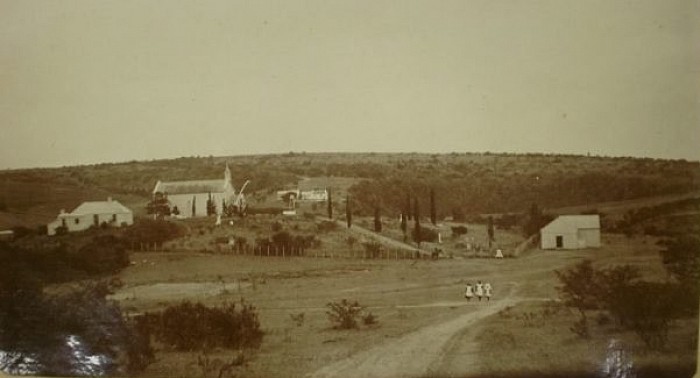 A NEW SCHOOL IS BUILT 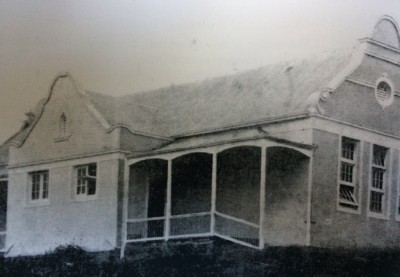 In September 1902, the Trust Properties Committee resolved that an acre of Church ground be made available for the erection of a Government- aided Public School. In the following month they made arrangements for the renovation of the School-master's house , built in 1837, at a cost of £250.

In July 1903, the Reverend John Smart took over as resident minister and Elizabeth Trower promised to build a new Day School for Clumber, in memory of her father, Thomas Peel.

It was to accommodate 100 children and White Cooper of Grahamstown was asked to prepare plans. It was decided to name the new building the Public Undenominational School Memorial.

In April 1904, Elizabeth Trower was able to approve the tender of Mr McAlister.

A bazaar was held on 9 November 1904, the King's birthday, to liquidate the debt resulting from the renovation of the School-master's house.

Professor George Cory lectured on the British Settlers and Elizabeth Trower unveiled the marble tablet in the school foyer on the opening on 9 February 1905.

Thomas Peel, an 1820 Settler, honoured at ClumberSchool opened in 1905 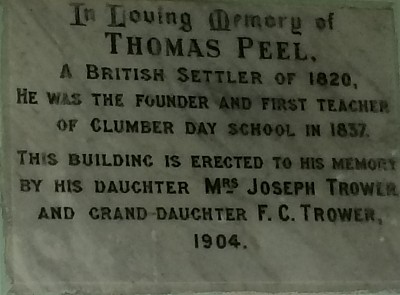 This marble plaque was incorporated in the last Clumber School to be built in 1904 by the descendants of Thomas Peel, the first school teacher appointed at Clumber in 1837. This to honor his contribution to educating the youth of the district.

The existing Church at that time was the building used as a school. The succeeding Churches were also used as places for education until such time a dedicated building for education could be erected.

Pupils of Clumber School in the 1950’s 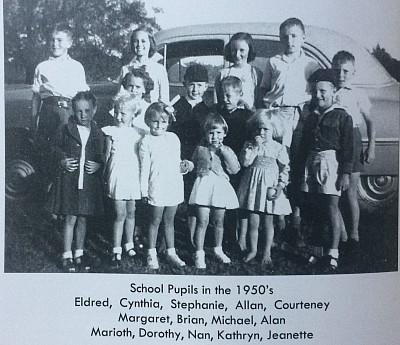 Most of these pupils, schooled at Clumber, are direct descendants of the 1820 Settlers

The successive Clumber Schools have served the children of the district since the 1830’s . Various buildings have housed the pupils over time. This group of children from the 1950’s were schooled in the current building, a National Monument built in 1905. 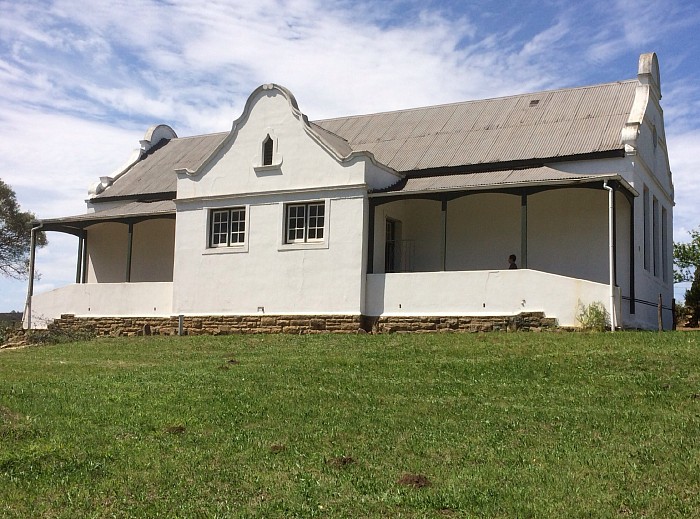