Clumber Church of 1867 and Graveyard

ESTABLISHING THEMSELVES AND THEN THE DEVASTATION OF THE FRONTIER WARS 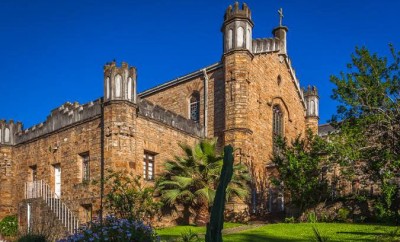 St Patrick's in Grahamstown where the Settlers took refuge 1834/5

The first Service conducted by an ordained Minister was held on 11 January 1821 when Rev William Shaw visited Clumber. At that Service he baptised Thomas, son of George and Edith Palmer. By April 1821 a Preaching Plan for the various locations became possible. This plan commenced on 8 April 1821 when Richard Gush preached at Clumber Church followed each Sunday thereafter by John Dold, John William Shepstone, Phillip King, John Ayliff, Richard Walker and John Oates.

By 1823, however, the Congregation had quite lapsed, as had the Preaching Plan. William Pike, unable to gather them together, continued his work in other locations. He was, however, induced by Jeremiah Goldswain to try again, and so he resumed Services in 1824. The response he received was positive and it was not long before he had to hold Services weekly in his home, which was filled.

By early 1825 the location had been surveyed into allotments, and Number 18, three morgen, which included Mount Mercy, was allocated for the erection of a Church. This was later vested in the Wesleyan Conference. There was a requirement that the larger Parties, such as the Nottingham Party , should provide public places for use, not only for their own people, but for neighbouring smaller Parties, and in this respect Mount Mercy was eminently suitable being accessible for the Dyason, Holder, Bradshaw and Hayhurst Parties. Thus the promoters felt justified in launching an appeal signed throughout Lower Albany calling on the government to provide a stipend for a minister.

After the site was taken over by the Wesleyan Conference, further awakening the interest of the people in the district, a committee was formed to open a subscription list for a building fund. Donations came in the form of materials, including bricks, rafter beams, door timbers, and thatch, and some money. Others gave their labour. All this enabled the committee to avoid any serious indebtedness. Maybe it was not the most comfortable place, but the project was a success, and a simple building was completed with a capacity in excess of 100 people. No longer were they crammed into William Pike’s restricted abode, but they all appreciated his early attempts to form a congregation, which had begun on the vessel Albury. 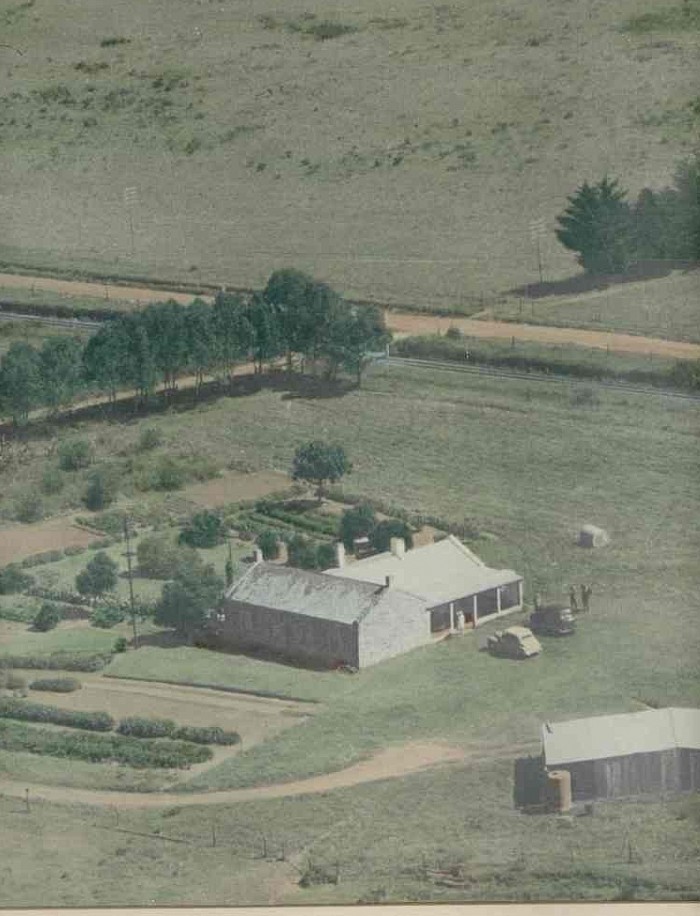 The farm “Prospect” in the 1950’s - photo by kind permission of Jean Morgan. Her grandparents Percy and Florrie Timm lived and farmed here. The original home, on the left, is a stone structure built by Edward Timm, an 1820 Settler of Calton’s Party.This open site was deliberately chosen as a defensive station for the people of Clumber during the Eighth Frontier Warsetting up camp here in wagons and hastily constructed wattle and daub shelters. This site is sill known as “Timm’s Camp “ in reference to this event . The original home is on the left of the photo with it’s two gables, a hallmark of the early Settler homes. The home on the right of the original structure was added on later. In the bottom right corner is the kitchen , a structure of iron and wood
Made with SimDif
Courteney George Bradfield