Lighting powered by a Generator

One of our first projects for 2018 was the installation of an electrical generator to power the lights and plug points within the Church. The rewiring of the Church electrical system is allready complete. Naturally the easiest choice would be to link up with the national power grid but as we are situated in the country, the cost of linking up to that grid would be prohibitive. The other alternative would be the purchase of a solar system but with plans afoot to turn the school into a productive building the solar system is inflexible to meet increased demands. Also we are aware that the solar panels are the target of thieves. 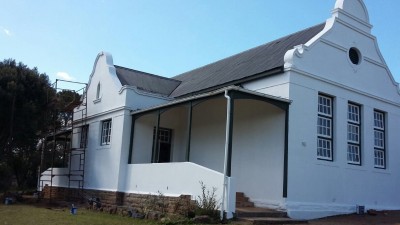 2018 - REPAIRS AND RESTORATION COMMENCE AT THE 1905 CLUMBER SCHOOL

Major repairs were undertaken here. We completed the repainting of two of the exterior walls, as well as a painting and sealing of the roof in 2017. Then in 2018 we commenced on repairing the interior walls which had severe cracks and were opened, patched, sealed and then repainted. The interior architraves had dry rot and were replaced. There were also patches of wall damp which have been caused by poor exterior drainage and window leaks and this will has been addressed. Our major renovation task was the stabilisation of the porch floor which was sinking in the one corner and pulling the walls with it. The only option was to rip up the floor and throw a concrete slab to strengthen this area and thereby saving the walls. The ceiling which was affected by roof leaks was also stripped of paint, repaired and repainted. We continue to appeal for funding for repairs to return this historical building to a state which matches that of the restored Clumber Church. Our thanks go out to all who have so generously donated to finance the Repairs and Restoration work undertaken so far. For those that have not visited Clumber lately, I wish you could, because the perimeter grounds and Church and graveyard are looking truly magnificent. 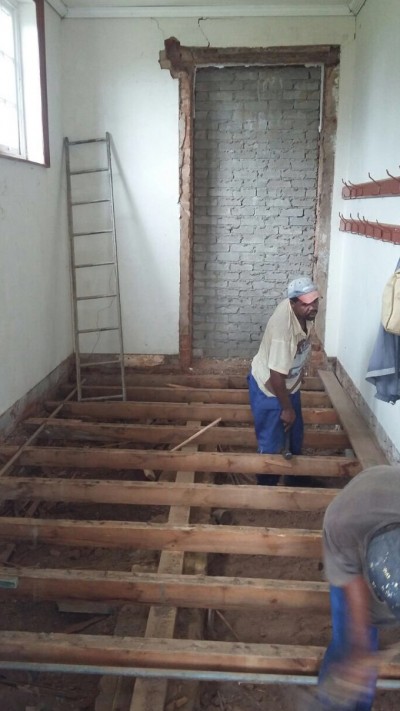 The porch which is sinking in one corner

The first task was to save the wall of the foyer which was being dragged down in one corner by the collapse of the wooden floor. We saved the wall by ripping out all the degraded wood and threw a concrete slab, thus not only saving the wall but strengthening the structure. Unfortunately the drop in the floor placed severe strain on three walls where major cracks developed and this also had to be attended to.

Scraping down the wall damp 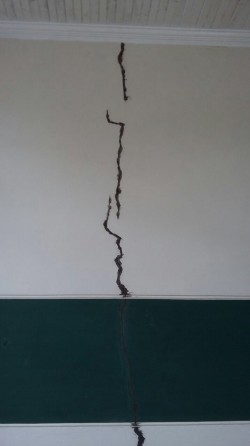 A Crack in the Wall Receives Attention 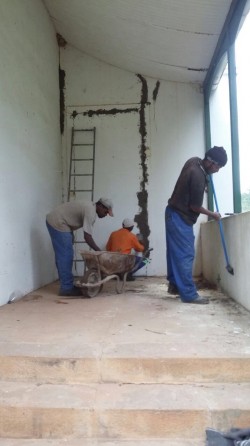 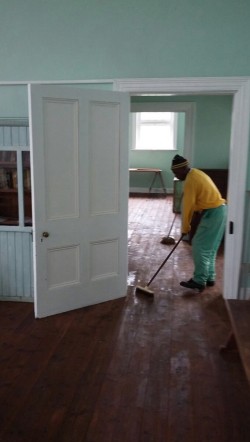 Painting is Complete and Floors are Oiled 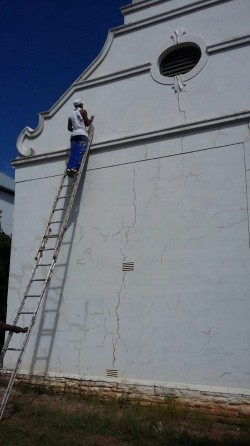 Exterior Cracks Being Attended to 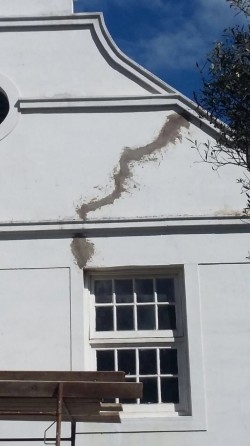 Severe Cracking of the North Gable 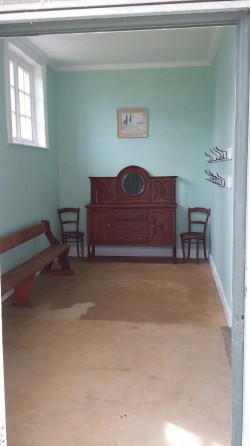 The New Cement Floor Slab in the Foyer 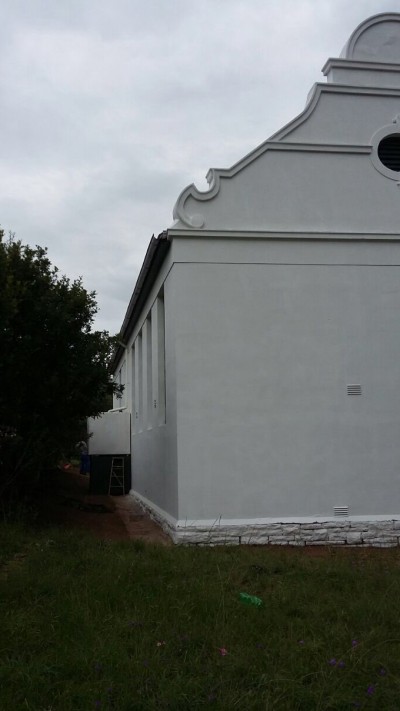 The remaining 2 exterior walls were the last to be repaired and painted. After finishing with a complete repaint internally and an oiling of the floor, the interior concrete slab laid in the porch, or lobby, was finally sealed after a prolonged period of drying. Painted in the same Colours as the Church, light green with white trim, the overall effect is one of space and light. We look forward to our celebrations this Sunday 25 March when the Clumber Community will be offering a finger lunch to all who want to view the changes in the restored classrooms. 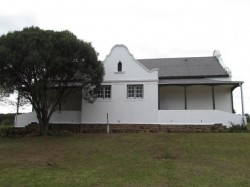 THE FUTURE USE OF THE SCHOOL?

The purpose of the renovations which we have sussessfully completed on this building is the first step in putting it back into use. When the School ceased to function, it has been used only as a place of gathering and fellowship during the course of the Church Services which are now held once a month. Whatever its future use will be, we need to provide facilities which are currently absent , such as toilets, electricity and a kitchenette. Once these facilities are put in place, the options of future use can be assessed.  The options which are being explored are: A place of learning Functions Wedding venue Community meetings and gatherings

Made on my iPad
Courteney George Bradfield