2020 - Happenings amid the COVID pandemic - Maintenance and a Television Shoot

Maintenance of the buildings and grounds

The last Service that we had at Clumber Church was in February 2020. Shortly after this, in March 2020, the Covid pandemic made it's presence felt and South Africa went into lockdown, which meant that we could not open for Services, and from February right through to the end of December 2020 the doors remain closed. It was felt that with most of our congregants being advanced in years, it would not be wise to unnecessarily expose them to the possibility of contracting Covid.

Then in September  we received a telephone call from a television production house based in Port Elizabeth to ask whether it would be possible to come to Clumber to shoot an insert for the Christian television magazine on SABC channel TV2 , "Slice of Light". A date was then set for 20 October 2020 for the television crew to start filming the programme, arriving in the morning and leaving late afternoon.

As the Clumber buildings had been shut for so long, we opened up to do a deep clean of both the Church and the School. Unfortunately we discovered cracks in the School walls and the Church South wall was grey with mildew. Not only that, but the Common around the skirt of Mount Mercy where the cricket pitch and tennis courts were once located, was overgrown, and there was strong evidence of a regrowth of the trees and scrub we had laboriously cleared in 2017. So, our repairer Mark Vogler commenced attending to the cracks and scrubbed down the Church South wall with sugar soap and finished off with a coat of paint.

Craig Handley provided labour and machinery to clear the Common of trees and scrub and finished off by mowing the entire area. Alan Pike mowed and weeded the graveyard area so that, by the time the TV crew arrived,the area was looking magnificent. 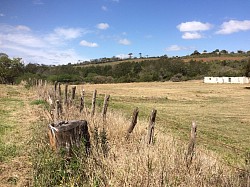 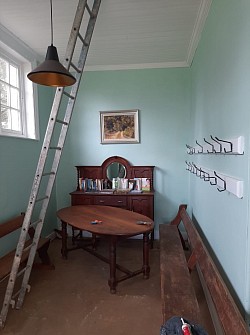 Cracks in the Clumber School wall repaired and painted 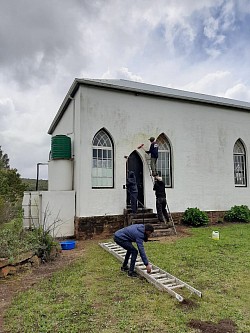 Clumber Church South wall is given a scrub and a paint 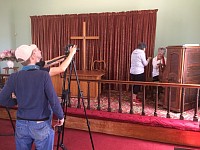 Our stand in organist, Merryl Baker, in front of the camera

What an exciting day for us at Clumber, to present our beautiful country Church on television, to tell the miracle story of God's provision in restoring our Church and School over a 4 year period.

It was not the best of days, very windy, which created difficult conditions for both the camera and sound technicians for the outside shots. But once inside our Church gleamed and shone from the polish applied to the woodwork the day before. Giant proteas, arranged near the pulpit and in the porch drew the eye.

In front of the camera were Cynthia Pike, our Communion Steward, preparing the Communion elements as for a Service; Merryl Baker our stand in organist, showcasing the tone and power of our American 1902 harmonium , and Courteney Bradfield being interviewed by Fiks Mahola.

George Koning and Frances Nel supplied 20 hungry folk a lunch of braaied chicken, salad and rolls in the School after which final shots were taken.

The programme was shot for a New Year showing, being scheduled for viewing on Sunday 3 January 2021 at 12h00 on SABC TV2. 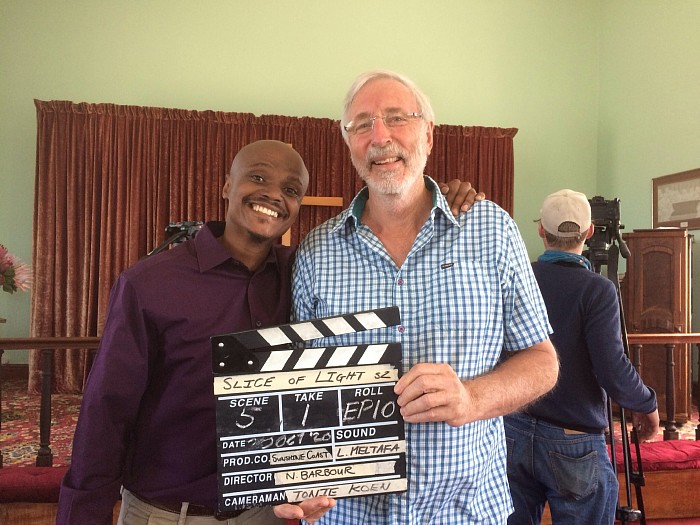 The link to the TV programme which included a segment on Clumber Church,  is listed below. The programme concentrated on the restoration of the Church which has taken place over the last 3 years. The programme was aired on 3 January 2021 on a programme called "Slice of Light", a Christian television magazine, which concentrates on inspiring and good news.

As an addendum to the "Slice of Light" TV programme aired on SABC 2 on Sunday 3 January 2021, there were two additional videos placed on Facebook.

On the Clumber Church Facebook page are these videos, the one is a fascinating glimpse of the sound and tone of the antique 1902 pedal harmonium, which is still in use at our Services. In this clip, Merryl Baker, an accomplished musician, plays Methodist hymns.

The other clip is a prayer offered to all "Slice of Light" viewers by Courteney Bradfield.